By Idan Naftali in Uncategorized on October 7, 2022
No comments 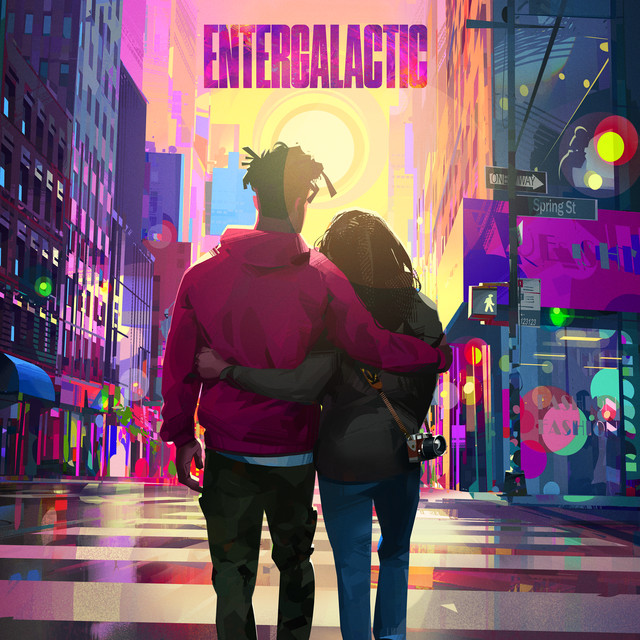 Check out the accompanying animated special, streaming on Netflix.

The Movie Is So Inspiring & Emotional ,As I quote from the main image :

“Love Will Find Us All”

In Some Way It Is True …. Eventually

Singles around the world can truly identify with the TV Special animated & created by Rapper and Actor Kid Cudi, alongside American film producer and Black ish director Kenya Barris that serves as a visual companion piece to the theme entitled album . In August 2022, Entergalactic was revealed to be released as a TV special. The special premiered on September 30, 2022, on Netflix, alongside the album.

This is a story ’bout a man named Jabari , A charming, streetwear-clad artist on the cusp of real success and the main creator of an animated character “Mr. Rager” and the acknowledge that he’d like to receive from everyone , including his cool new photographer neighbor, Meadow .

One of Jabari’s friends Ky (Tyrone Griffin Jr., aka Ty Dolla Sign) tries to convince him not to date his neighbor by using a raunchy, hilarious anecdote that gets the biggest laugh , but eventually he didn’t listen to him and decided to take this opportunity.

After a chance run-in with her, Jabari has to figure out whether he can make space for love in his life or keep goin’ with the on & off relationship with Carmen, His ex-girlfriend.

I can identify with Jabari’s character and his ambition to be successful and to be loved including the romantic side and support for his work from Meadow.

“Love Comes In Mysterious Ways” , Could say as well as it’s “Unpredictable” , Jabari is tryin’ to movin’ on to a new chapter in his life , “Let Bygones Be Bygones” and it made us realize that we need to learn from any relationship that we had in our life , for good and bad , It teaches how to reminisce the past and lead you forward as well to your next relationship and make it even greater that ever , A relationship with girl that you’ll be “Willing To Trust” on everything , she’ll be your confidante.

I truly recommend to watch this within’ Cudi’s music and vibe that he brings to this story .

The album includes production from high-profile record producers such as Dot da Genius, Plain Pat, Gazzo, Hot Sugar, Jean-Baptiste, Skrillex, Steve Aoki, WondaGurl and Take a Daytrip, among others. Additionally the album features guest appearances from Ty Dolla Sign, 2 Chainz, Steve Aoki and Don Toliver. Entergalactic was preceded by two singles in support of the album, “Do What I Want” and “Willing to Trust”.