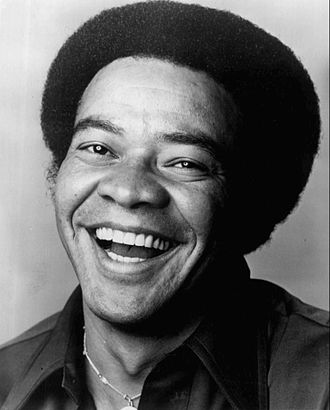 He’s an amazing soul artist influential US soul singer, a talented singer and performer  who wrote the following songs :  Lean on Me, Ain’t No Sunshine and Lovely Day .

Today (3.4.20) , We reminiscence his legacy on Soul\R&B Music , This post is dedicated to Withers Family and his Fans like me .

May God Bless his soul and all of us .

Here’s The Story Of Bill Withers .

He wrote and recorded several other major hits including Use Me and Just the Two of Us, before retiring in the mid-1980’s and staying out of the public eye .

He recorded several major hits, including “Lean on Me“, “Ain’t No Sunshine“, “Use Me“, “Just the Two of Us“, “Lovely Day“, and “Grandma’s Hands“. Withers won three Grammy Awards and was nominated for four more. His life was the subject of the 2009 documentary film Still Bill. He was inducted into the Rock and Roll Hall of Fame in 2015.

Withers is the youngest of six children, was born in the small coal-mining town of Slab Fork, West Virginia.He was born with a stutter and has said he had a hard time fitting in. Raised in nearby Beckley, He was 13 years old when his father died. Withers enlisted with the United States Navy at the age of 18 and served for nine years, during which time he overcame his stutter and became interested in singing and writing songs.

He left the Navy in 1965. Using the $250 he received from selling his furniture to IBM co-worker Ron Sierra, he relocated to Los Angeles in 1967 to start a musical career. Withers worked as an assembler for several different companies, including Douglas Aircraft Corporation, while recording demo tapes with his own money, shopping them around and performing in clubs at night. When he debuted with the song “Ain’t No Sunshine”, he refused to resign from his job because he believed the music business was a fickle industry.

He died of heart complications during COVID-19 period ,  The family statement reads:

We are devastated by the loss of our beloved, devoted husband and father. A solitary man with a heart driven to connect to the world at large, with his poetry and music, he spoke honestly to people and connected them to each other. As private a life as he lived close to intimate family and friends, his music forever belongs to the world. In this difficult time, we pray his music offers comfort and entertainment as fans hold tight to loved ones.

Bill Withers Dies At The Age Of 81