Well , it ain’t a secret that the roots are one of my favorite groups , as our journey continues here’s another album of them that made this period what it is today . 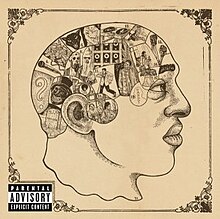 Phrenology is the fifth studio album by American hip hop band The Roots, released November 26, 2002, on Geffen Records and MCA Records. Recording sessions for the album took place during June 2000 to September 2002. It was primarily produced by members of the band and features contributions from hip hop and neo soul artists such as Cody ChesnuTT, Musiq Soulchild, Talib Kweli, and Jill Scott.

Although it did not parallel the commercial success of the band’s previous album, Things Fall Apart, the album reached number 28 on the US Billboard 200 chart and sold steadily, remaining on the chart for 38 weeks.[2] On June 3, 2003, it was certified gold by the Recording Industry Association of America, for shipments of 500,000 copies in the United States.[3]Upon its release, Phrenology received universal acclaim from music critics, who praised its musical direction and lyrical themes, and it was included in numerous publications’ year-end lists of the year’s best albums.[4]

Common is one of my favorite MC’s , a true lyricist and veteran , here’s another album of his from that time . 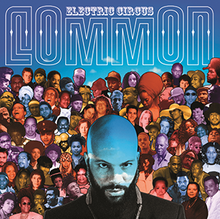 Electric Circus is the fifth studio album by Common, released December 10, 2002 on the now-defunct MCA Records. The album was highly anticipated and praised by many critics for its ambitious vision. However, it was not as commercially successful as his previous album, Like Water for Chocolate, selling under 300,000 copies. An eclectic album, Electric Circus featured fusions of several genres such as hip hop, pop, rock, electronic, and neo soul. “I wasn’t feeling hip hop,” the rapper remarked. “So my motivation for that album were other genres of music, like Pink Floyd and Jimi Hendrix. It wasn’t hip hop.”[1] This was Common’s second and last album for MCA, and the label’s final release prior to its absorption into Geffen Records.

1 comments on “The Soulquarians – Part 4”