On this post , I’ll share with you my favorite artists from that golden age and their albums .

First we start with this one : 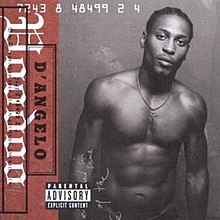 Voodoo is the second studio album of  D’Angelo. It was recorded during 1998 to 1999 at Electric Lady Studios in New York City, with an extensive line-up of musicians associated with the Soulquarians musical collective. Produced primarily by D’Angelo, Voodoo features a loose, groove-based funk sound and serves as a departure from the more conventional song structure of his debut album, Brown Sugar (1995). The album features lyrical themes regarding spirituality, love, sexuality, growth, and fatherhood.

Following heavy promotion and public anticipation, Voodoo was released by Virgin Records on January 25, 2000, to commercial and critical success. It debuted at number one on the US Billboard 200, selling 320,000 copies in its first week, and spent 33 weeks on the chart. It was promoted with five singles, including the hit single “Untitled (How Does It Feel)“, whose music video garnered D’Angelo mainstream attention and controversy. Upon its release, Voodoo received general acclaim from music critics and earned D’Angelo several accolades. It was named one of the year’s best albums by numerous publications.

D’Angelo promoted Voodoo with an international supporting tour in late 2000. While successful early on, the tour became plagued by concert cancellations and D’Angelo’s personal frustrations. Voodoo has since been regarded by music writers as a creative milestone of the neo soul genre during its apex.[1][2] It has sold over 1.7 million copies in the United States and has been certified platinum by the Recording Industry Association of America (RIAA).

Here’s some of his songs :

D’angelo – Untitled (How Does It Feel) 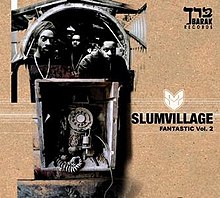 Slum Village is a hip hop group from Detroit, Michigan.

The group was formed by three members, rappers Baatin (1974–2009) and T3, plus rapper and producer J Dilla (1974– 2006). J Dilla left in 2001 to pursue a solo career with MCA Records. Elzhi joined in his absence, after which Baatin also left due to health complications. Following J Dilla’s death in 2006 and Baatin’s death in 2009, T3 remains the sole surviving member of the original lineup. Over its history the group has been through several line-up changes, which once included J Dilla’s younger brother Illa J, but now the group currently exists as a duo of T3 and producer Young RJ.

The album itself was produced by J Dilla , Pete Rock & D’Angelo .

To listen to the full album please click here :

1 comments on “The Soulquarians – Part 2”