The Evolution of Funk – George Clinton & The Parliament-Funkadelic

By Idan Naftali in Uncategorized on February 4, 2018
No comments

George Edward Clinton (born July 22, 1941) is an American singer, songwriter, bandleader, and record producer. His Parliament-Funkadelic collective (which primarily recorded under the distinct band names Parliament and Funkadelic) developed an influential and eclectic form of funk music during the 1970s that drew on science-fiction, outlandish fashion, psychedelic culture, and surreal humor.[4] He launched a solo career in 1981, and would go on to influence 1990s rap and G-funk.[2] He is regarded, along with James Brown and Sly Stone, as one of the foremost innovators of funk music. He was inducted into the Rock and Roll Hall of Fame in 1997, alongside 15 other members of Parliament-Funkadelic.

Through the years a lot of Hip Hop artists like Snoop Dogg , A Tribe Called Quest , De La Soul & Others were influenced by Funk Music .

For more information about the P-Funkadelic Family & Gorge Clinton , Please login his own website & references :

The Group released a couple of hits like the below which considers as funk classics such as :

1982’s Classic Atomic Dog which later was sampled on Snoop Dogg’s What’s my Name single , here’s the original one : 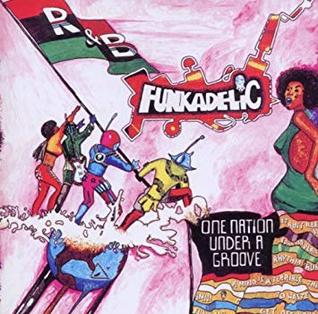