Lizzo was excited when she found out.

For 55 years, viewers have been answering questions on Jeopardy!. The television show first premiered back in 1964, and after rotating through a few hosts, Alex Trebek took over as the show’s presenter in 1984. The beloved quiz-style television show holds a special place in the hearts of millions who retain some memory of the series, but for those who are used as clues on Jeopardy!, it can be a monumental moment.

Both Megan Thee Stallion and Lizzo are etched in Jeopardy! history now that they’ve been included in the long-running series. Recently, contestants were asked of the Houston rapper, “Oddly, female rapper Megan Pete calls herself ‘Megan Thee’ this word for a male horse.” The “Truth Hurts” singer’s clue stated, “In 2019, this 5-letter rap & R&B artist had the ‘Juice’ to be nominated for best new artist at the VMAs.”

Lizzo caught wind of her clue and couldn’t contain her excitement on social media. “B*TCH B*TCH THIS AINT A DRILL,” she wrote. “IM A @jeopardy QUESTION MAMAAAAAAAAAAAAAAAAA I MADE IT I LOVE YOU ALEX TREBEK.” Jeopardy! has included hip hop and R&B artists in their clue for decades like Kendrick Lamar, Cam’Ron, Tone-Loc, Lil Wayne, Desiigner, The Fat Boys, Nelly, and many, many more. Check out Megan and Lizzo’s clips below.

The fact that @theestallion is an answer on Jeopardy is sending me. 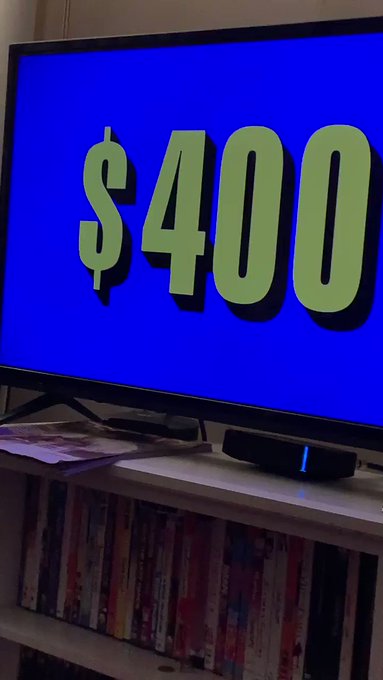 13.3K people are talking about this
TV