He was there supporting his wife and mother-in-law.

Regardless of what anyone says about him, Kanye West remains unbothered. He may be criticized for teetering the line of confidence and conceit, and his political affiliations may rub a few people the wrong way, but the famed rapper-producer continues to break records and garner worldwide attention.

Kanye recently attended The New York Times‘ DealBook Conference as he supported Kris Jenner and wife Kim Kardashian West, and he was captured speaking to the audience about his Kardashian-Jenner in-laws. The Jesus Is King icon said that his extended family’s work ethic has driven him to push harder. “I think if my family [the Kardashians] didn’t work so hard and they weren’t so omnipresent, maybe I would just rest on my laurels of just being the greatest artist in human existence,” he said. The crowd, along with Kanye, couldn’t help but laugh.

He then went on to talk about the perils of social media, which, in turn, became a sort of soliloquy where he addressed a myriad of topics. While the entirety of his speech wasn’t recorded, there were plenty of attendees who took to Twitter to share a few thoughts. Check out a clip of Kanye at the DealBook Conference below, along with a few tidbits from social media.

“In the last few years I really learned what to say no to … Now there’s a power in saying no and having a little bit of time for my family and self.” – @KimKardashian on being an influencer at #Dealbook

An example: “This fast fashion brand offered me a $1M for an Instagram post … When I told [Kanye] about it he asked me not to do it. They copy everything. I gladly said no and for Mother’s Day he gave me a check and a contract to be an owner in Yeezy.” – @KimKardashian #Dealbook

Have asked the company, but for people who know how this works: does this mean Muilenburg *is* taking the pay, but not pocketing it?

It needs to be said: I am so struck by just how ordinary @kanyewest looks IRL #dealbook 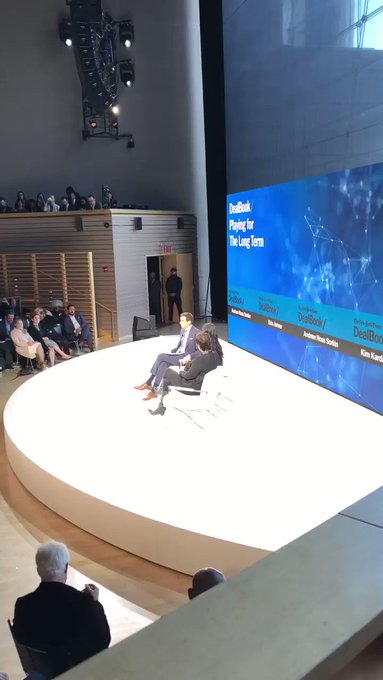 The #dealbook summit is back from lunch, and @KrisJenner & @kimkardashian are up next. Kanye’s new album is blasting and @andrewrsorkin made the audience rise for their enterance. Follow for updates. 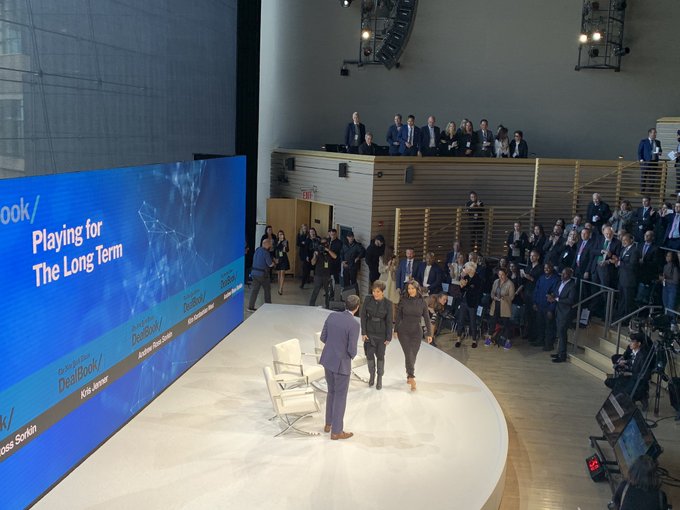