Chance The Rapper returns to “SNL.”

Four years after his original debut on the sketch comedy show, Chance The Rapper returned to pull double duty as both host and musical guest on Saturday Night Live.

“It’s crazy. It’s a lot of moving around,” he previously explained to Jimmy Fallon of the exciting role. “It’s a lot of duties and responsibilities. But it’s amazing,” he said. “Honestly, it’s been a dream for me since I was a little kid. My older cousin Chris used to have all this MC Hammer memorabilia … he had all this stuff, and one of them was a VHS recording of MC Hammer hosting and [serving as the] musical guest to SNL, so I always wanted to do that.”

As he opened up with his monologue, Chance used the platform to touch the current teachers’ strike taking place in his native Chicago before breaking into a song about the “Second City” nickname and his affinity for all things second-best.

During the half of the job that employed Chance’s musical talents, the rapper opted to perform renditions of his “Zanies and Fools” and “Handsome”  picks from The Big Day, with both tracks featuring Nicki Minaj and Megan Thee Stallion, respectively. While Nicki did not make it out for her verse on “Zanies,” Megan popped out for the closing set of “Handsome.” 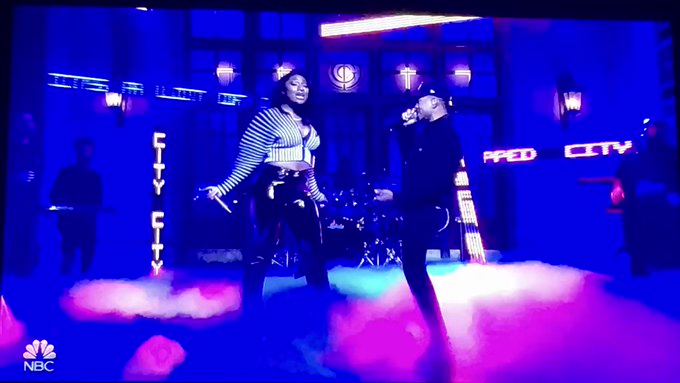 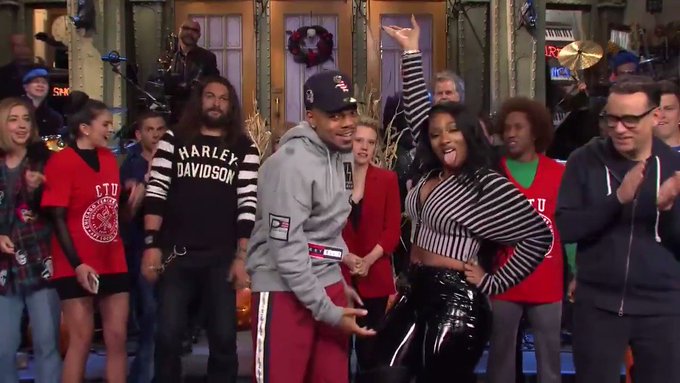 381 people are talking about this