The 2019 BET Experience proved to be a mournful experience for Nipsey Hussle’s talented friends.

The 7th annual BET Experience showcase took place last night at the Staples Center. The general sentiment going into the concert-showing was one of reverence towards Nipsey Hussle, who by all accounts was a close confidante of just about single listed performer on the night – a motion started by Roddy Ricch at the midway point of his opening set.
View image on Twitter 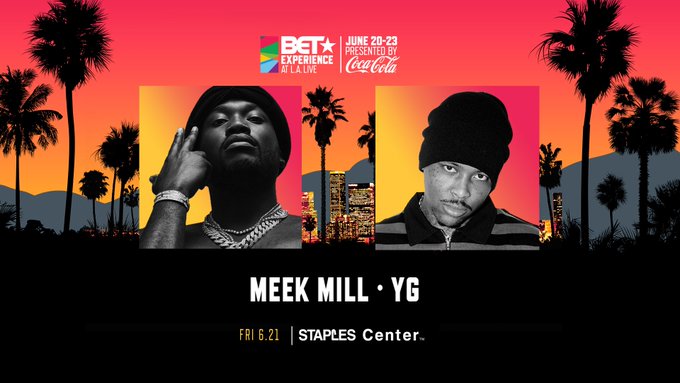 After kicking things off with a medley of songs including the Marshmello-assisted “Project Dreams” and “Down Below,” the young Compton rapper demanded a moment of silence for Nipsey, to which the hometown audience complied without any second thoughts. “Long live Nipsey Hussle. No one can replace that man,” he affirmed before delving into an idyllic performance of “Racks in the Middle.”

Following Ricch’s opening set, Blueface took to the stage. Although Blueface had shown a certain degree of indifference in the wake of Nipsey’s passing, the pro-Crenshaw crowd gave the “Thotiana” rapper a pass on good conduct, and to be frank, they seemed to get a real kick out of his showmanship, despite the discordance.

Next up, A Boogie Wit Da Hoodie rocked the Staples Center with a short medley of his own, before the ever-popular Meek Mill assumed his place in the rotation. “I go by the name of Meek Milly and I represent the streets. I’m finna take y’all to Philly,” Meek clamored in the shadows as the intro to his Championships LP segued into “Uptown Vibes.” At several intervals, Meek Mill took moments of reprieve to speak on his experiences as a social justice reformist, a topic he correlated with the plight of other socio-political figures such as Chinx Drugz, Trayvon Martin, and later Nipsey Hussle, to whom he dedicated his performance. 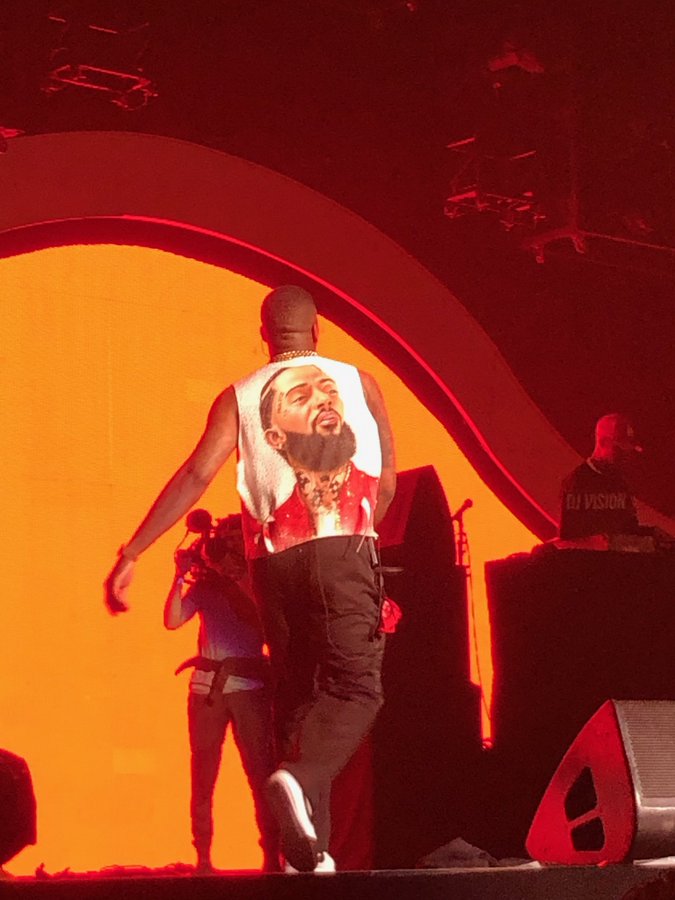 YG’s vest has Nipsey Hussle on it!!!! Beautiful!!!

In closing, YG gave Nipsey Hussle the most pronounced of the passing tributes, by donning a custom vest with the late rapper’s face pasted on the back end, and the words “The Marathon Continues” over the front two pockets. YG performed a score of fan-favorites including “Twist My Fingaz,” “Who Do You Love?,” “My Hitta” and “Still Brazy,” before inviting G-Eazy and Kamaiyah onstage for a first-ever live showing of “Do No Disturb” off his most recent LP.