Usually, new music hits streaming services on Friday at midnight. Sometimes though, we’ve got to wait until later in the day to add the latest hits to our playlists. West Coast veteran Mustard has been preparing us for his upcoming album and today, he unleashes another new single for us to enjoy. Dropping “On GOD,” Mustard has assembled a superteam made up of A$AP Ferg, YG, A$AP Rocky and Tyga.

Since we’re talking about a Mustard song, we’ve got to go crazy over this beat one time. Mustard crafts a cinematic instrumental that’s fitting for all four of the rappers who hopped on. A$AP Ferg starts us out with major flexes, spitting bars about how he hired an architect to build him a “big ass mansion” and how he’s now planning expansions to the property. YG handles the next verse before A$AP Rocky jumps in for some fun. In the end, the beat switches up for Tyga to drop more subtle bars about his own lifestyle and the people he catches trying to bite his swag. Things gradually get back to where we were at the beginning for one final chorus.

Mustard was honoured in Los Angeles this week with June 19 officially being named Mustard Day for him. If ever you forget about how impactful the producer has been, just remember that fact. His new album Perfect Ten will be out on June 28. 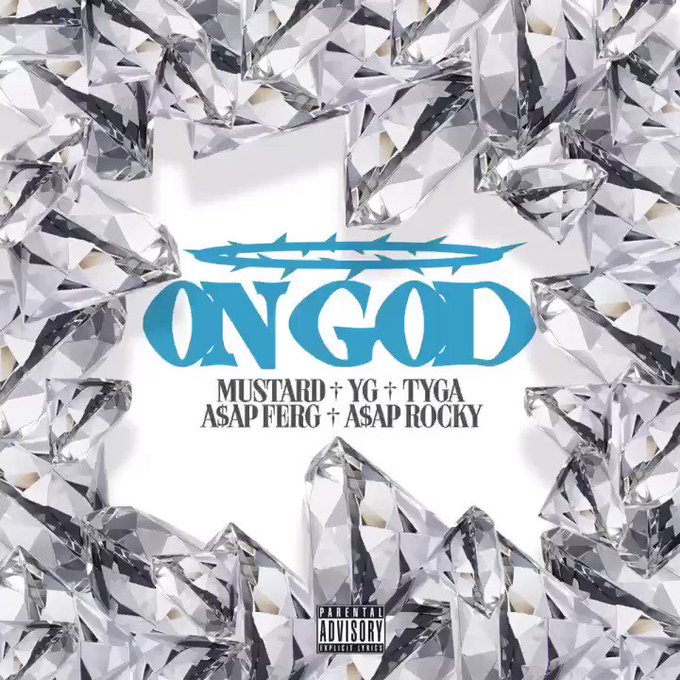 Cardi B adds another award to her collection.

Cardi B won a prestigious award last night when the “Money” rapper became the first female rapper to be named Songwriter of the Year at the annual Rhythm & Soul Music Awards. The event took place in Beverly Hills and Cardi hit the red carpet with her husband Offset before she took the stage and made a speech thanking everyone for the honour.

“I just want to say I’m very grateful,” Cardi B told the audience. “Sometimes I feel like I’m not doing too much because when it comes to female rappers, it’s like you’re never doing too much or they’re always pitting you against another female rapper. People on my team are like ‘Cardi, you’re crazy. You won a Grammy. Cardi, all your songs are charting.’

In other not so great news regarding Cardi, she just got indicted by a Grand Jury in her stripper beat down case – read more here.

Like Loading...
Kiyomi Leslie Says Bow Wow Is A “Clout Chaser” Who Is “Playing The Victim”
Volume 90%

Who could it have been?

Bow Wow hasn’t exactly had the best luck with women in the last few years. He got close to Kiyomi Leslie but we all know how that ended. The two are no longer on speaking terms and Bow is trying to find the right woman for him to settle down with. Having grown up in the entertainment industry, he knows to watch out for potential crazy types but still, he seems to have landed himself in the lap of a window-smashing woman.

The rapper posted a picture today of his Mercedes-Benz G-Wagon but he only showed one part of the whip: the smashed windows. That’s right; somebody took a baseball bat (or another blunt object) and absolutely shattered the windows on Bow Wow’s car. His reaction was far more reserved than you would gather. The man, who previously broke down on the set of his reality show, was understandably pissed about his windows but he brushed it off with some humour.

“Really? So this what you do? you pull up to my place of business and bust the windows out the g wagon? While I’m working? Really…? Come on girl…” wrote the artist on Instagram. He continued with a few hashtags, writing, “#imblamingjazminesullivan 😢😢 #thesewomenoutcheaCRAZY #growup.”

Given his history of faking out the public, some people in the comments are trolling Bow Wow, saying that he’s going to have a hefty bill to pay the rental company. Who do you think is the culprit?

One of the most anticipated albums of the entire year is Kanye West‘s Yandhi. Though the project was supposed to arrive back in 2018, Kanye ended up pushing it back a couple of times, and the album is now without an official release date. At the start of the month, we reported that Irv Gotti had appeared as a guest on The Breakfast Club with Ja Rule, setting off a rumor that he was working on a record with none other than Ye himself. While he was chatting about his BET show Tales, he noted that he has a record with a “huge artist” that’s pretty “controversial” and it how it will be premiering on his program- produced by himself, as well as his partner 7. It didn’t take too long for DJ Envy to figure out that he was referring to Kanye West, and Irv Gotti didn’t exactly shut him down either. Indeed, Ye’s track “Brothers” was revealed in the trailer for the new season of Tales over a week ago, and now, more than two weeks later, an ecstatic Gotti appears on TMZ live to detail the making of the new track.

The Murder Inc. Records honcho was beyond proud to reveal that the trailer featured Ye’s new track “Brothers,” which will serve as part of the soundtrack for the 2-hour episode, as well as the basis for its storyline.

During the clip, Irv mentions how the idea to work on the project was conceived back in October 2017. Way back then, Gotti hinted in an Instagram post of him and Mr. West, that he and Kanye had “something enormous” coming; but no one saw this coming.Irv captioned the post, “2 crazy. Out of the box thinkers. That only thinks about serving the world!! Hahah. Stay tuned. Great great great meeting of the minds.”