By Idan Naftali in Uncategorized on May 29, 2019
No comments

Valee was forced to calm the storm.

“Womp Womp” music maker, Valee, shared a life update on Twitter that showed his cute little teacup chihuahua with a new hairdo. In the video below, you can the cute little pooch died red, resembling a Hot Cheeto. “He reddi for da bitchz,” Valee captioned the video. 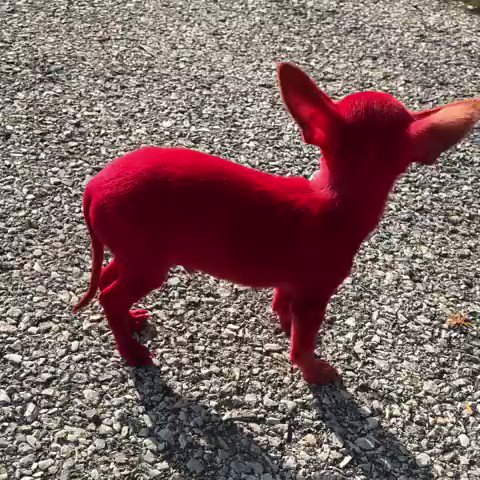 While it may be cute to some, a whole heap of others wasn’t really the look, calling Valee out for animal abuse. “That’s gonna be a yikes from me, my guy,” one user wrote while another added: “Ok so you can dye your hair bc you decided to but you can’t dye a dog bc you wanted to, that puppy isn’t a toy… I hope you’ll understand.”

Another angered user echoed the same sentiments: “Umm, what!? Why would you do this to your dog? It’s not a bloody fashion accessory. Those dyes can cause huge irritation to dogs and even the severing of ears. Those dyes could be manufactured in China and contain harmful chemicals!”

Valee has since followed up, detailing how the dye is vegan with no added chemicals. He also touched on the temperature, since some people assumed the pup was having a hard time walking on the hot asphalt. “Dis edible vegan dye… no chemicals. And it’s 60 degrees here, not hot. y’all wild,” he replied.

he reddi for da bitchz

976 people are talking about this