YG Smoothly Swerves Fan Who Tweets Him “Help A Girl Out”

By Idan Naftali in Uncategorized on March 11, 2019
No comments
SHARE PICTURE

The fan wrote the rapper, saying her friend fainted at one of his concerts.

Attending any sort of music event that includes hundreds, or even thousands, of people can become an unpredictable adventure. Most concerts go off without a hitch, but sometimes fans can become injured or sick from various causes. When something happens, often fans will reach out to artists on social media in the hopes of getting their attention and possibly a hookup. Such was the case for a Twitter user named Julia who tweeted rapper YG about her friend who ended up in the hospital.

“@YG my best friend fainted at the concert tonight before we could see you go on stage and we had to come to the hospital 😰 help ya girl out ):,” Julia wrote. “I swear we were at the hospital y’all lmfao it’s not fake 😂😩,” she said in another tweet. Surprisingly, YG responded writing, “Damn it was brackin brackin, but hope she get well soon.” Twitter users thought the rapper’s response was hilarious, considering it seemed as if Julia was looking for a handout but all the rapper offered was support.

Damn it was brackin brackin, but hope she get well soon 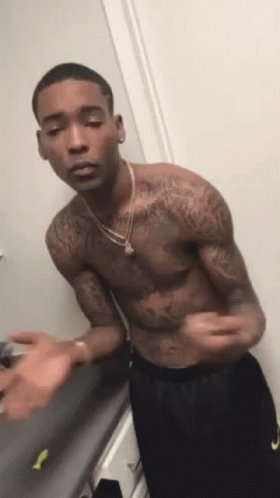 451 people are talking about this

Damn it was brackin brackin, but hope she get well soon

This would make a great “get well soon card”

“This would make a great ‘get well soon card’ 💀💀😂😂,” one user wrote of YG’s response. “LMFAO SIS you’re a true best friend I’ll give you that,” another said.

Julia appreciated YG’s words, but she was expecting more. “She better but , can we meet you 😰,” Julia later asked. The rapper has yet to publicly reply to her latest request, but after going viral, Julia jumped back on Twitter to say, “People are talking all kinds of mess about my tweet lmfao I had no intentions of it blowing up or YG even seeing it so chill.”