Camp Lo is an hip hop duo, formed in 1995, from The Bronx, New York. The duo consists  rappers Sonny Cheeba (Salahadeen Wilds) and Geechi Suede (Saladine Wallace),  The duo is perhaps best known for their 1997 hit, “Luchini AKA This Is It.”

Initially signed with Profile Records, Camp Lo made their first appearance in 1996 on The Great White Hype soundtrack, with their single, “Coolie High”. The smooth party song was a minor hit, peaking at #25 on the Billboard Hot Rap Singles chart. Their first major exposure came with the release of their second single, the upbeat, horn driven “Luchini”, otherwise known as “This Is It”. The song became a crossover hit in 1997, breaking into the Top 50 on the Billboard Hot 100, and reaching the top 5 on the Hot Rap Singles chart. The track peaked at #74 in the UK Singles Chart in August 1997. The duo released their debut album Uptown Saturday Night in January 1997. The effort was widely acclaimed, praised for its accessible content and smooth, funk and jazz inspired production. 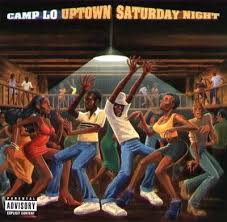 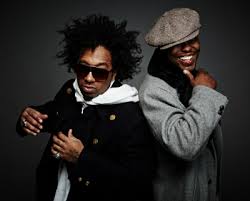 They Worked with Pete Rock on Their Album “80 Blocks From Tiffany’s” which is my favorite album .